Like Rousseau, Thompsett likes to paint from photographs in books. This technique manages to convince, partially because the subject matter derived from books is transformed into semi-fantasy, romanticized and elaborated upon. It becomes like a film set or a computer game environment. "Images also come from other documentary source material, and the same images reoccur ... I've used them and looked at them many times." [1] 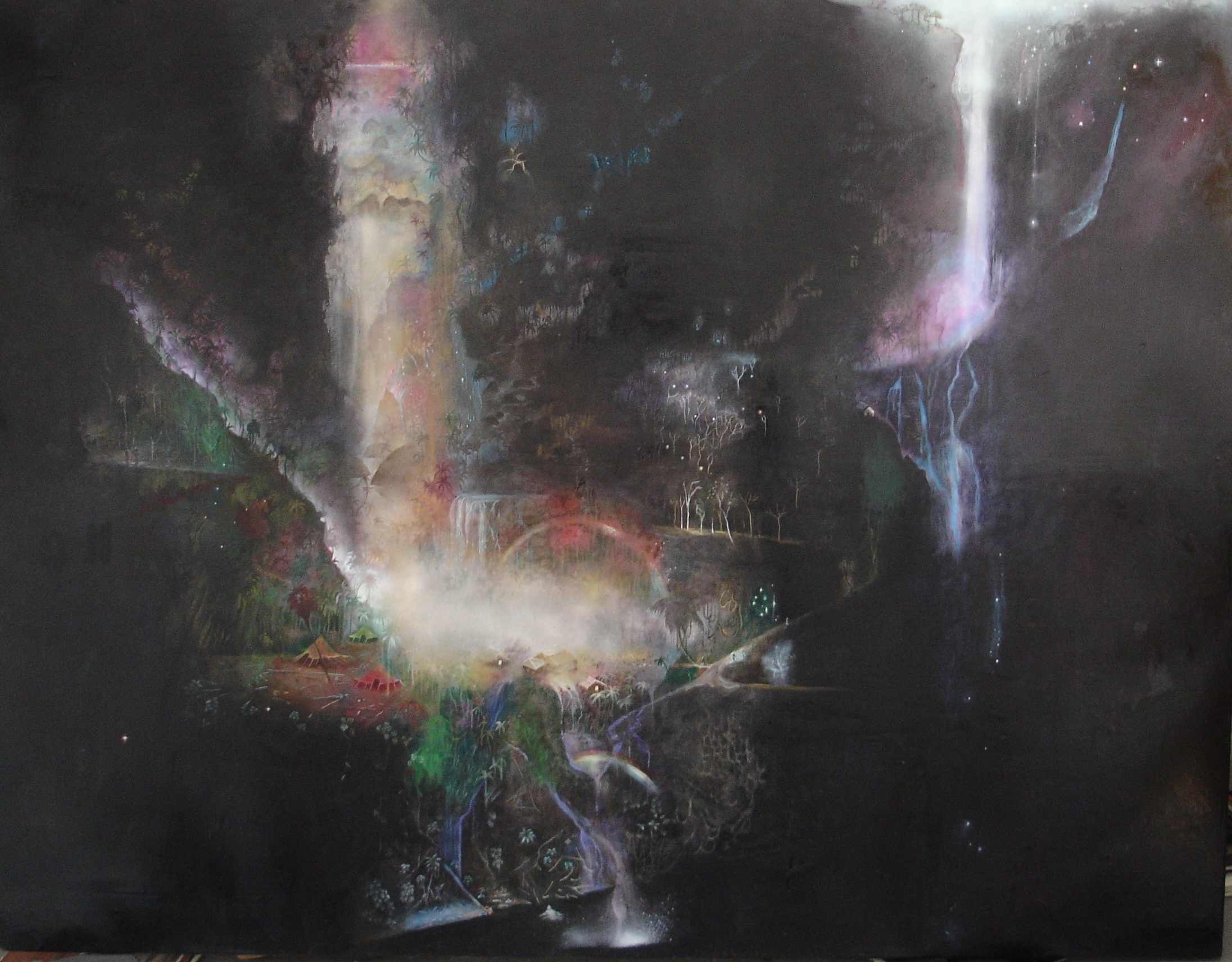 The glossy surfaces on some of the paintings, achieved with the use of resin, recall the screen, and you are drawn in despite the surface reflection. In Night Landing (Red)(2009) the surface of the painting is very shiny, emphasising the object quality of the piece. This is similar to the smaller works in the exhibition like Untitled (Yellow Street) (2010). This is one of the features which paradoxically makes the work difficult to objectify, and which might be considered to be part of a feminine aesthetic. "Now only vignettes emerge out of the plate glass black surface, or are to be spotted amongst the shrouds of pale atmospherics."[2] 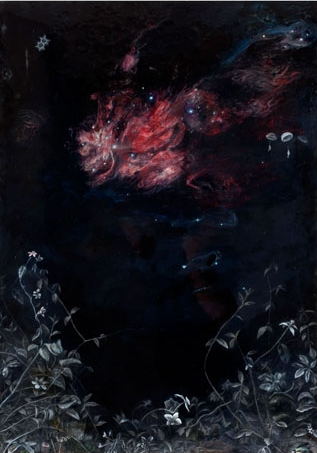 It is also indicative of the inspiration she gets from the high gloss of Hollywood movies, "I always wanted to make paintings that were as good as movies." [3] The complexity of a painting like Pup Tents in Mist and Rain (2010) is achieved partially through treating the surface as a kind of map, "I think that... multiple viewing distances is one of the staggeringly amazing things about painting for me."[4]

In this case the mapping of a space; a place, which might exist in fantasy or reality, draws the viewer into a romantic narrative. This technique is also present in Serried Hills Over a Misty River (2010) and Misty Ravine with Windy Outpost (2010). 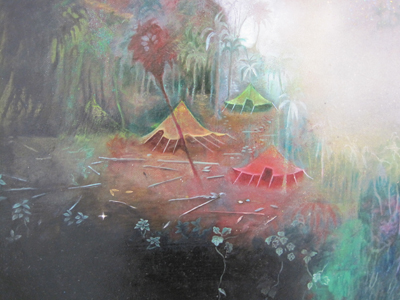 Thompsett paints on linen which she considers to be "a beautiful surface" [5]. This beauty and rarefied quality of the object makes special; makes glamourously dramatic, the plight of "ordinary people... overcome by extraordinary circumstances." [6] But the subject matter is left to the imagination, and in a painting like Yellow Sky (2008), the drama is suggested by the colour of the sky and the storm beaten palm trees in the foreground. This scene is 'imbued with emotion' by the artist, in terms of the romantic tradition in painting, and the sky is given a transcendental quality with onyx powder and glitter accenting the painted marks.

In Star Flow (2010) the mysteries of the universe are suggested and two 'sleeping' figures drift into space, which is peppered with stars, almost kitsch in its rendering, but the figurative detail establishes a seriousness of intent.