"Many contemporary artists no longer set out to create works of art. Instead they want to get out of the museum and induce alterations in the space of everyday life, generating new forms of relations." [1]

Commissioned by SCAN and the British Council, Congregation is the latest work by artist group KMA, an interactive kinetic light installation, 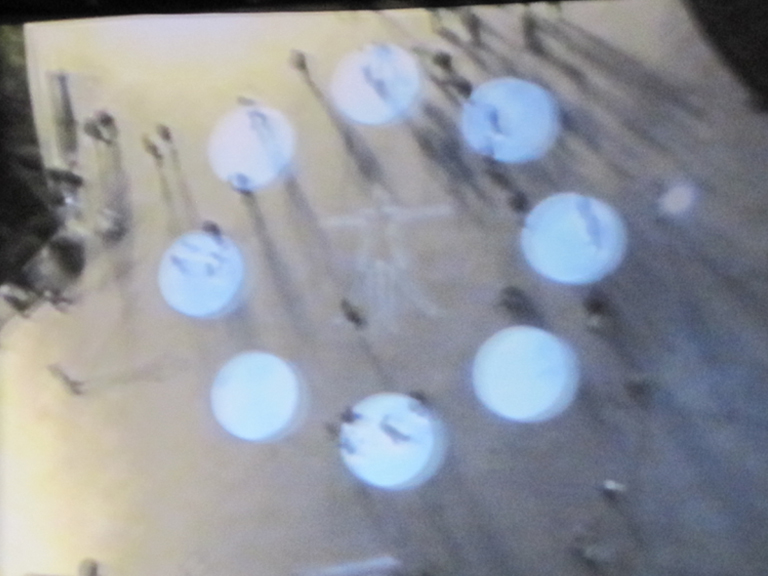 screen displaying projection with the 'angel'

which was previewed at Shanghai Expo and opened in the Inside Out Festival in Bournemouth, travels to Tate Britain at the end of the month. KMA are Kit Monkman and Tom Wexler, and their work is "focussed on illuminating, encouraging, and developing interactions between people in public spaces using projected light." [2] 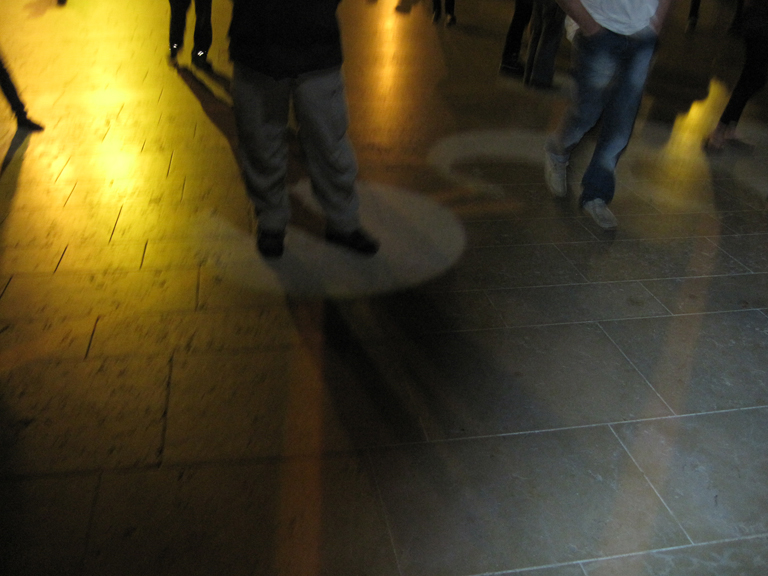 As an audience member you are involved, engaged with the performance, from the beginning, as the interface, composed of projected lines or spots of light, 'seeks' you out if you stand in the performance area. This balletic experience, enhanced by dancer Natasha Player, was accompanied with especially composed music by Portland-based composer Peter Broderick. 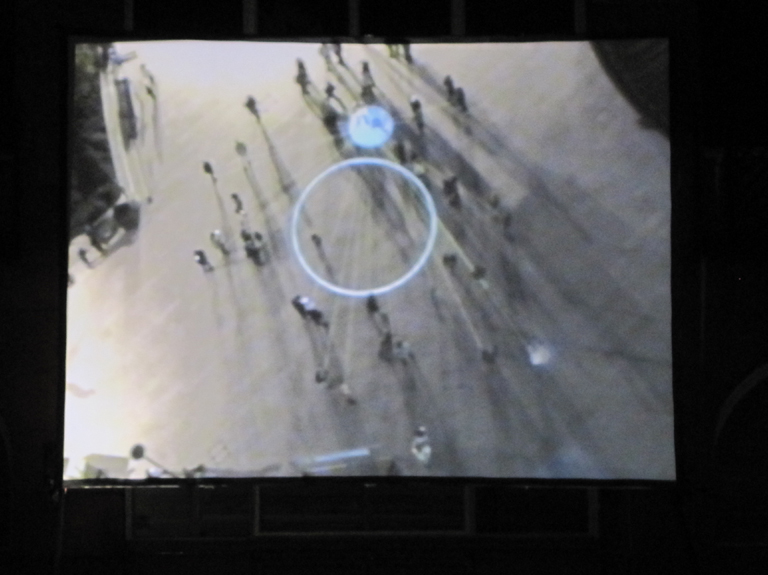 Audience members gradually became acclimatised to the interface, realising that what was expected of them was participation, and some individuals were very imaginative and became quite carried away.

Congregation is "the world's first ever ballet designed, choreographed and composed entirely for pedestrian performers. There will be no rehearsal and no textual input..." [3]

In this way new forms of relations were generated, when, for example, the interface changed so that the sihouettes of shadows created by gestures were 'captured' momentarily in spotlit areas on the ground, which stimulated a sense of collaboration amongst audience members. 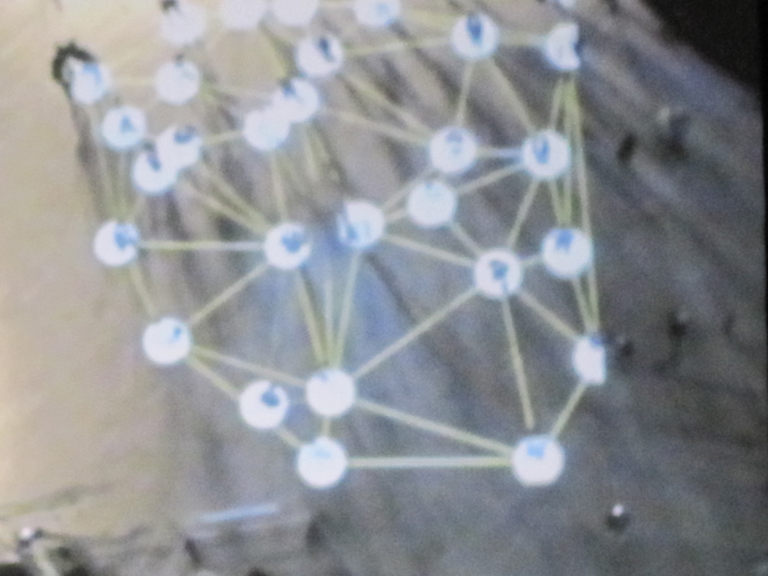 a topology of participants

The work made participation seem special, natural and unaffected, which counteracted the faintly sinister quality of being 'tracked'.

And this is the basic dichotomy: the more we participate the more we become a part of a collective body, and then we feel less significant except as part of the whole.

Monkman and Wexler have a 'script' for this project, the "arrival of a lone figure (The Angel)" [4] who can't communicate and appears 'impotent' and yet despite this 'super-human'. This pedestrian performed ballet dramatizes how we respond to such an intrusion into our environment.