A festival of digital art, directed and curated by Helen Sloan of SCAN, which focused on the big screen in the Lower Gardens, Bournemouth, and was an opportunity to screen work from the experimental in digital imaging through to more traditional roots. 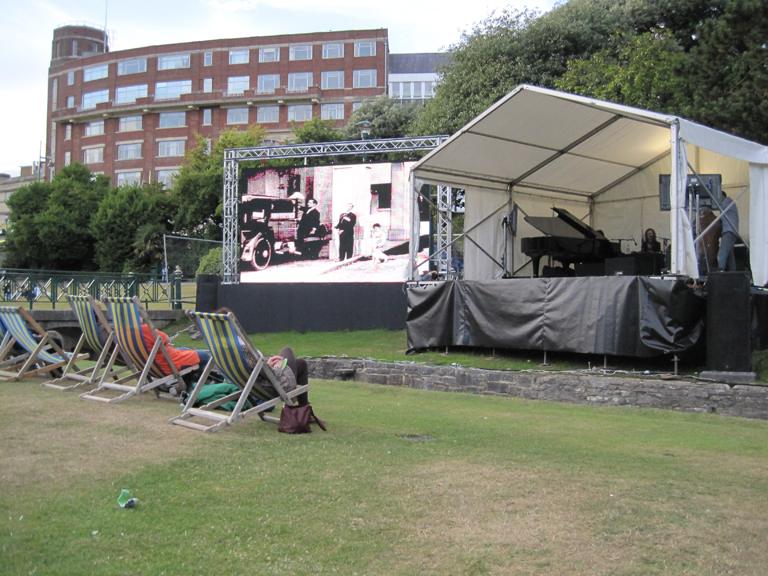 stage and screen in the Lower Gardens

On Friday evening Keith Tippett, Julie Tippetts and members of the BSO performed live with jazz and improvised vocals to moving image works from Buster Keaton in The Electric House, Woody Vasulka's Artifacts and Stephen Bell's Small Journey. The addition of live music to these moving image works was very successful in terms of making the performances unique. The improvisation went from a close interpretation of The Electric House through to a more experimental accompaniment to Artifacts and a quite free and open experimentation with Small Journey. 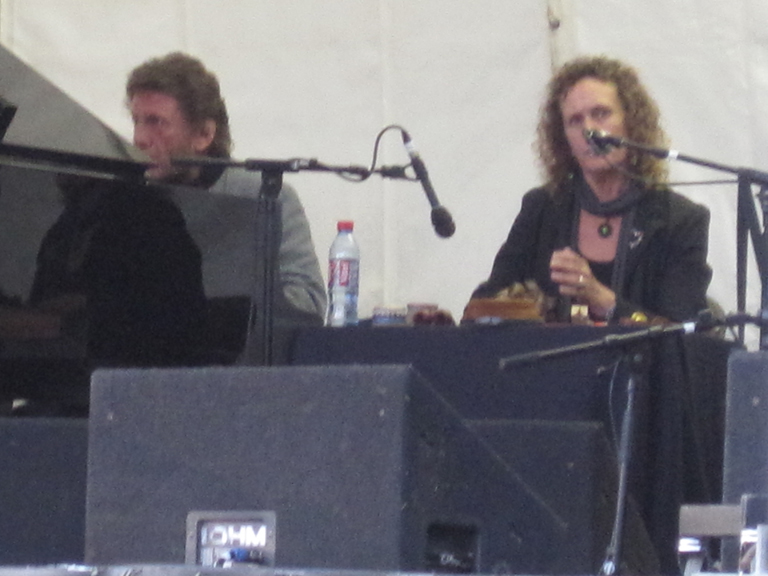 Woody Vasulka's Artifacts (1980) is an historic piece of digital to analogue work, the second part of the series Syntax of Binary Images. Vasulka has been experimenting with digital and electronic imaging since the 1970s.

"First of all, I would say it's so vast, the electronic medium - not only television but the whole spectrum - that at first it just gets you. You don't know what to do with it. Then you select a fragment, and you go through that little section. Of course, behind that first wall there is another wall. You can go through in many ways. The thing to do is to allocate your piece of electronic reality, and work in that little piece - to limit yourself, and just work with one of them." [1] 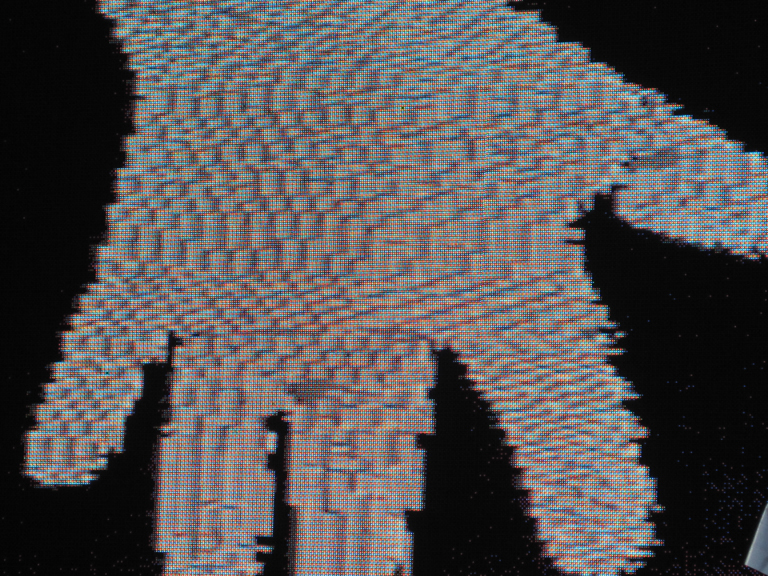 This explains how Vasulka works, and in many ways the images generated are no different in their concerns to art made using other media. In Artifacts however, there is a concern with the prolific nature of digitized imagery and at the same time an exploration of individualism and individuation - the separation and definition of the individual, and the boundaries that make us individuals.

Video images produced within Artifacts include the hand, the self portrait, and an egg-like form, reminiscent of the mother's breast, which alludes to "'...the feeling of oneness with the breast and so with the world; [and] the keen recognition of a separate object, originally the mother's whole person whose loss was mourned in the infantile depressive position...'" [2] 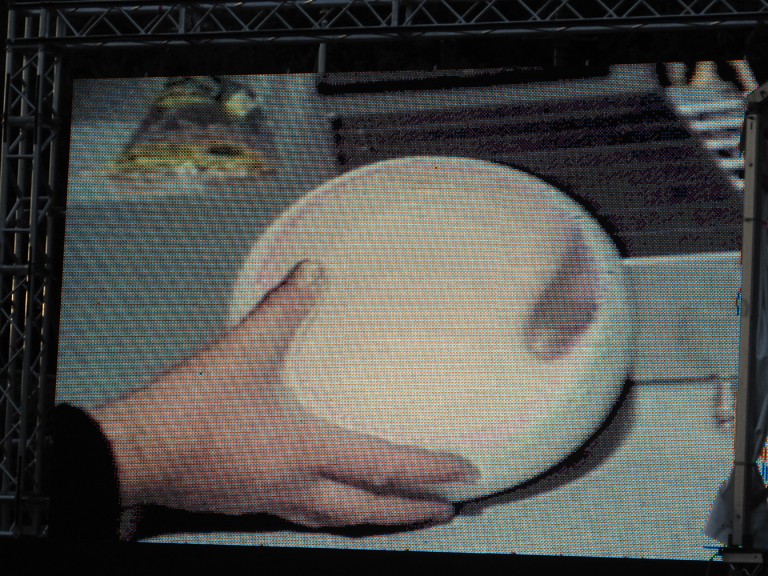 This feeling of 'oneness with the world' is considered to be "a component in aesthetic experience"[3], and is also a part of Stephen Bell's program Small Journey (2010), which he ran and interacted with live on stage as part of the screenings.

Bell has been programming his work since the late 1970s and as such helped to extend creative practice into the instruction giving area of computing. The algorithms generate 'creature behaviour', and as they move about the screen they leave behind trails which create virtual landscapes or artificial virtual structures which are documents of their movements. This creates a visceral sense of relatedness and of patterns of survival. continued...