This exhibiton consists of works collected by Ursula Hauser. She began collecting art forty years ago and there is a thread running through the works, and which informs her choices.

As you enter the first gallery space you see paintings by Maria Lassnig, Self Portrait as One Eyed (1997) and Three Ways of Being (2004)which depicts her body as a machine - like a vacuum cleaner, as a truncated torso and a more naturalistic pose. The monstrousness of the Self Portrait is part of the language of the work : the body as object. 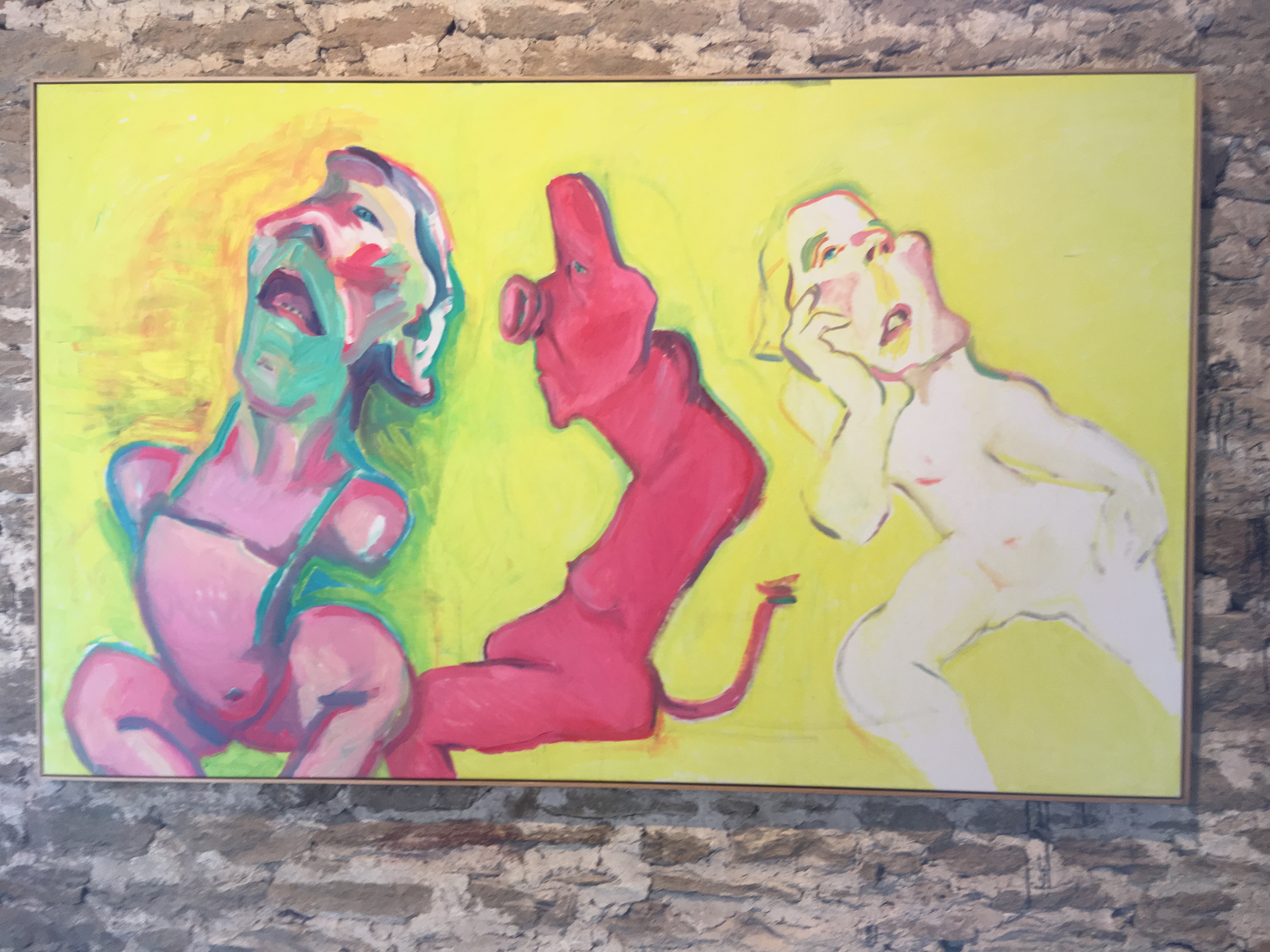 Three Ways of Being - Maria Lassnig

Then there is Unconscious Landscape (1967/83) by Bourgeois, a bronze sculpture painted black with variously rising tube like forms. In Do Not Abandon Me (1999) a crafted fabric woman lies on her back and her baby is attached by umbilical cord to her belly button, as if they won't ever separate. 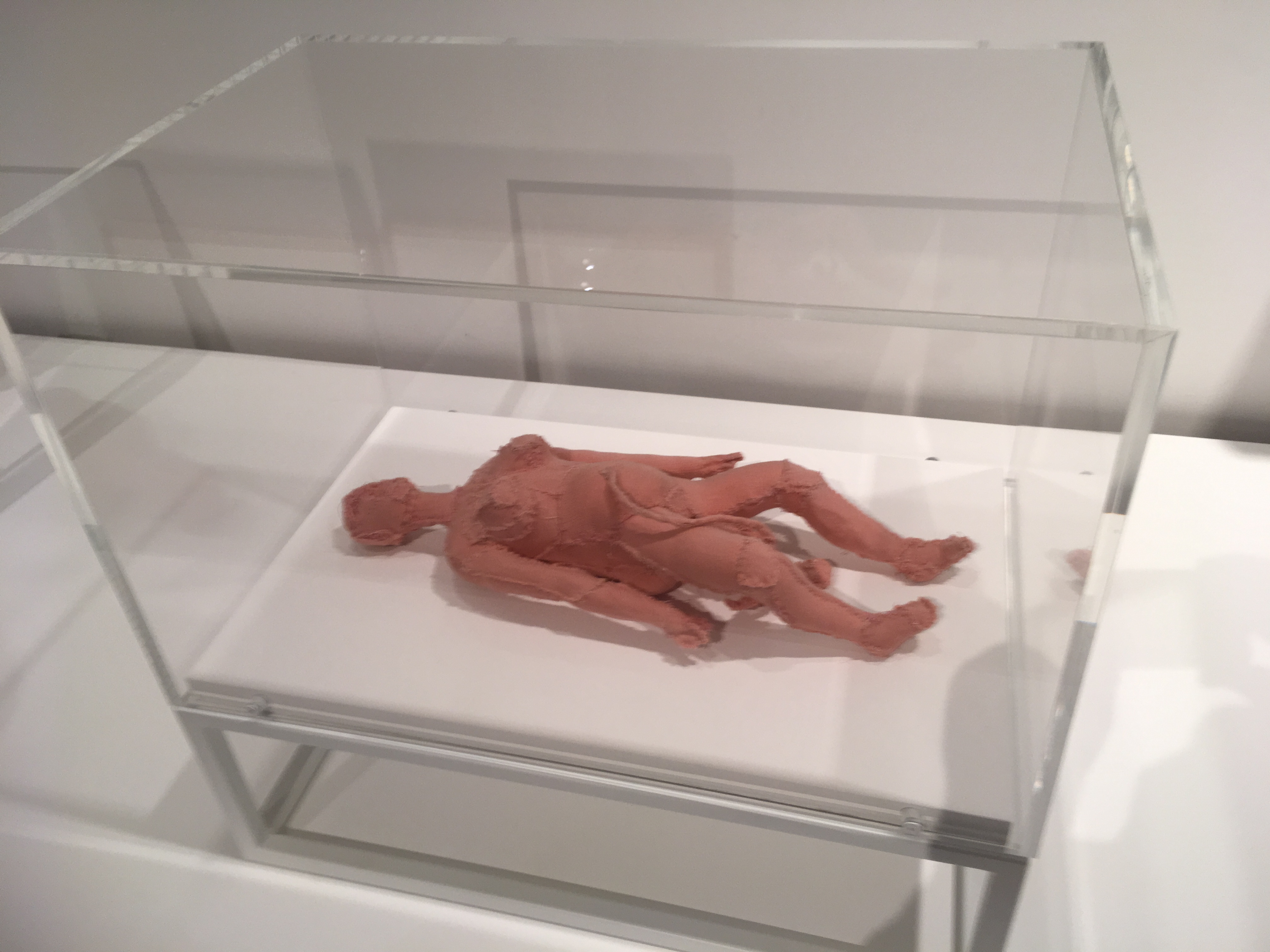 Do Not Abandon Me - Louise Bourgeois

Alina Szapocznikow's Lip on a Stem (1971) is one of several examples of the fetishization of body parts in this section of the gallery. There are other examples in the form of dissembodied breasts, hair and Meret Oppenheim's Fur Gloves with Wooden Fingers (1936) where the fingers poke out of the fur gloves.

Gallery 2 is filled with portraits. I was particularly struck by Enid Irving at Hammersmith (1959)by Sylvia Sleigh as well as her triptych Sylvia Castro Cid. The sitter is viewed from different angles, which on closer inspection aren't all the same pose. 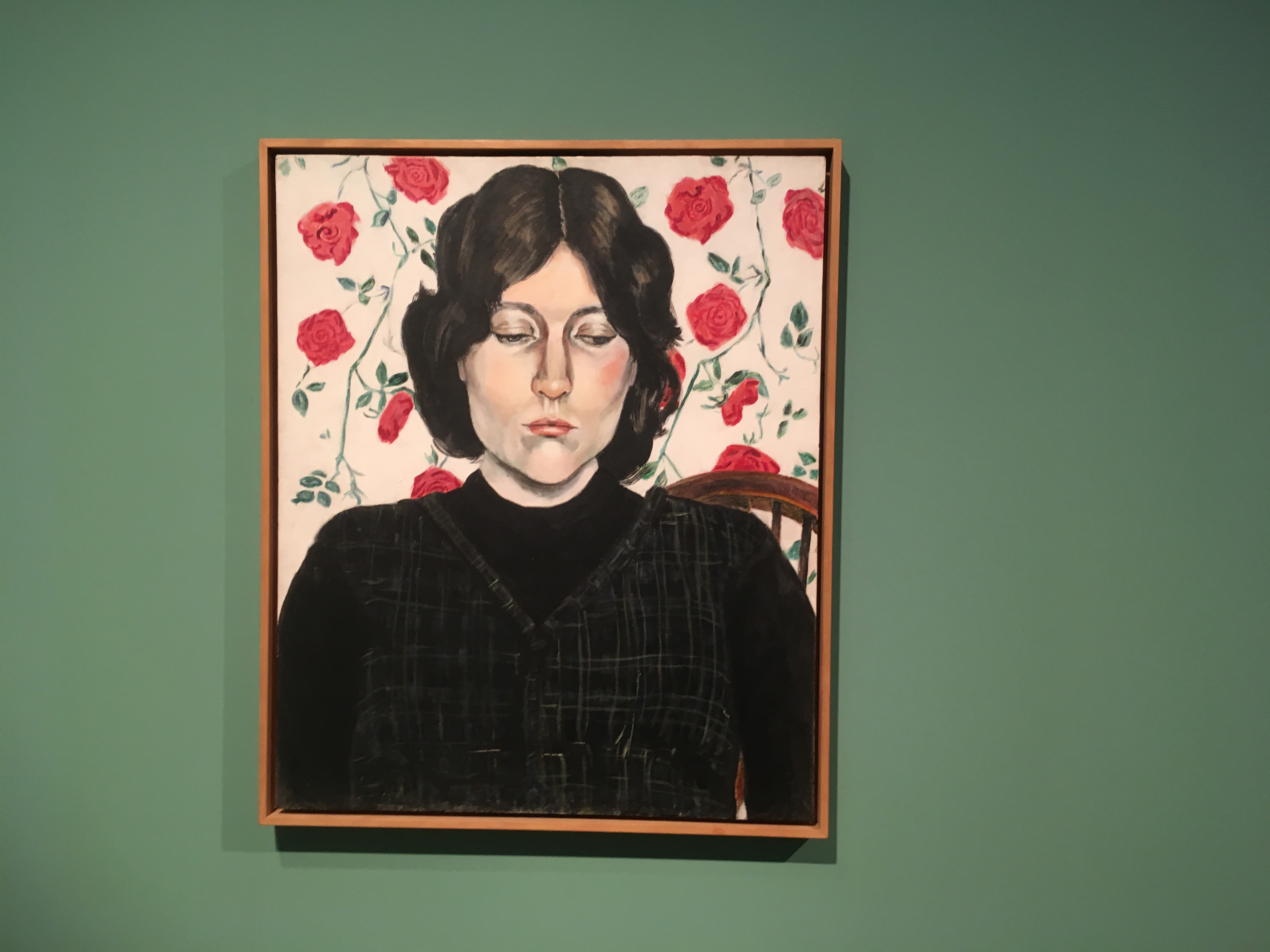 In the third gallery space is an enormous Spider (1996) by Bourgeois as well as some early Eva Hesse paintings from 1960, as well as pictures by Carol Rama from the 1970's. Alina Szapocznikow appears again with Stéle (1968)which is an extraordinary fetishization of the female body. Arms poke through black fabric where legs should be. This work is really surrealist. 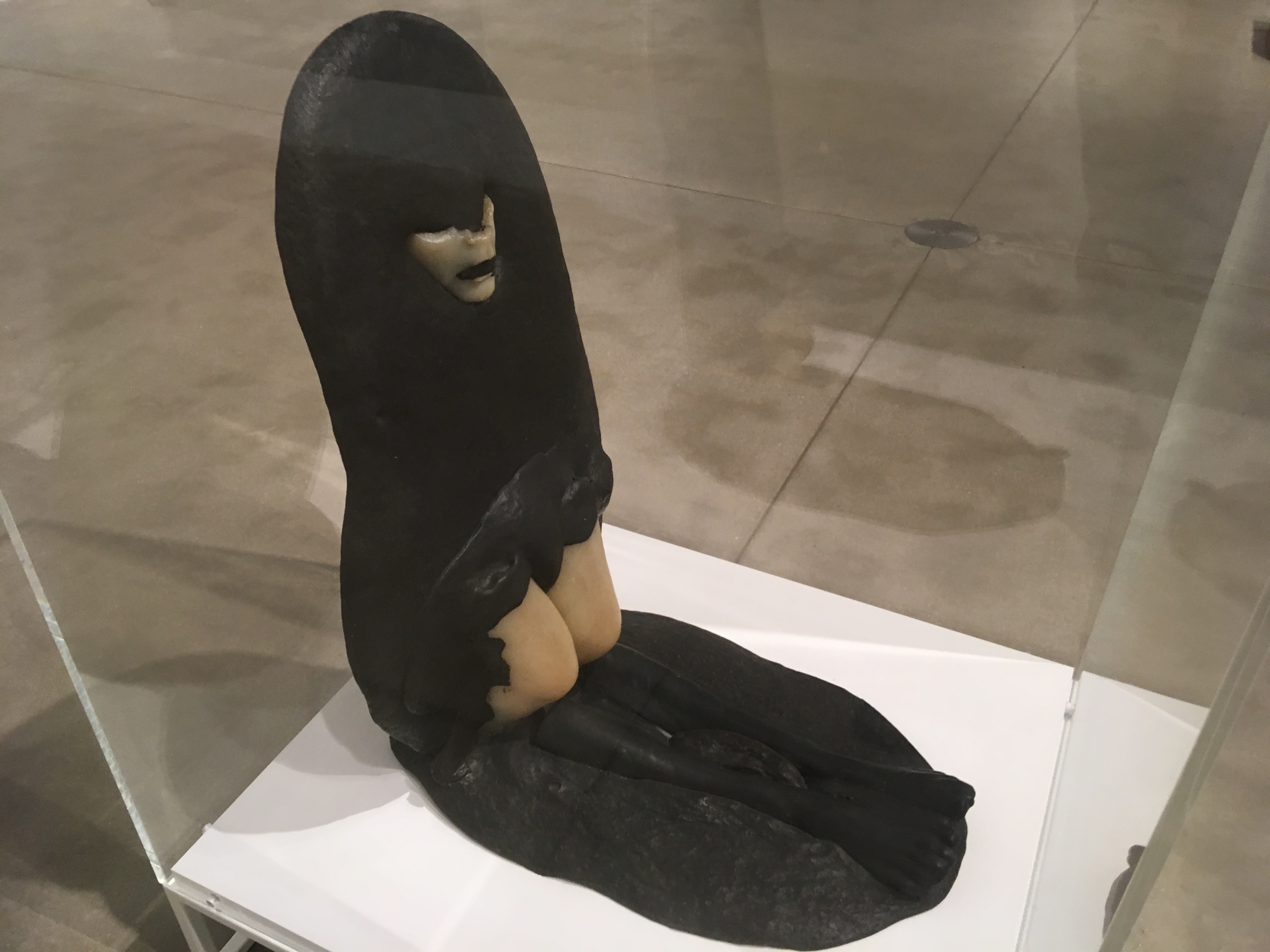 The fourth gallery space is again opened by Bourgeois with a large series of small works called The Fragile(2007). These are obsessive works on paper - studies of the human form (female) and spiders. Louise Bourgeois's mother was a weaver, one of the gallery assistants told me, which explains the use of spiders and cloth.

Sheila Hicks uses cloth and thread fetishistically in Pigment Sticks (2014-15) and Carol Rama uses mixed media including thread in Ostentazione (2002). Eva Hesse's works H+H (1965) and Oomamaboomba (1965)are intriguing examples of her early work, where absurd forms are placed in abstract compositions which reference the body. 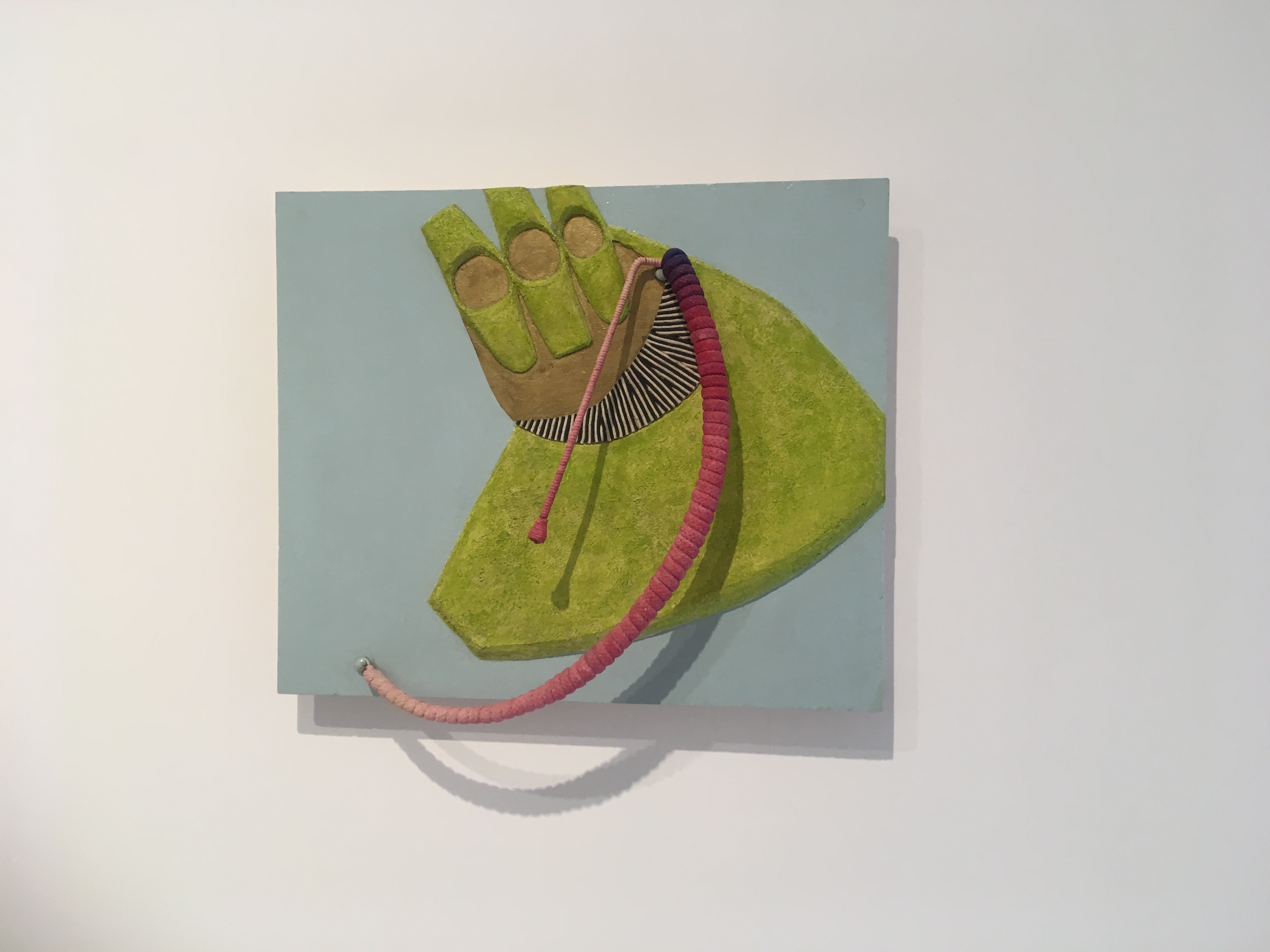 Bourgeois finishes the show with Legs (1986), the final word on body parts. The legs are suspended from the ceiling as hugely elongated and absurd.

In this show it's almost as if the body as object of the look and its fetishized again to express feelings around what it means to be a 'body'. This could be seen as a way to out do the male gaze and as a method it works very well. This is the thread running through the show, and it is perhaps the priviledge of the woman artist to double the process of fetishization of the body to open a space for understanding the relationship between mind and body.