This fascinating exhibition, curated by Sean Clark, is being held to celebrate fifty years of the Computer Arts Society which was founded in 1968 to promote the creative use of computers in the arts and culture.

Twelve artists have contributed works to what has become the CAS50 Collection of prints which will be added to over time and then donated to a museum or art gallery.

There were older works dating back to the 1960s by Sue Gollifer and Desmond Henry, and the 1980s by Ernest Edmonds and Stephen Scrivener. Paul Brown exhibits work from the mid 1990s. In this sense the show has a historical overview quality. All the works are situated in the context that they were made and have to be read that way. 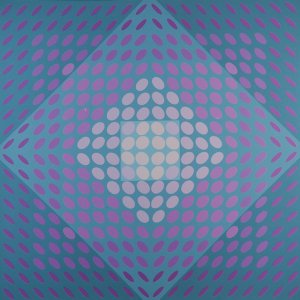 The works all use a simple proposition to create complex results. Andy Lomas and boredomresearch use the computer to accomplish repetition and iteration.

Ernest Edmonds, Paul Brown and Sean Clark choose samples from a large number of iterations of a computer program. Some lead to organic results as in the case of Peter Beyls, boredomresearch, Steve Bell who all use behavioural programming to generate results. Daniel Brown models flowers presumably using a generative program and William Latham uses algorithms based on breeding forms with evolutionary algorithms. 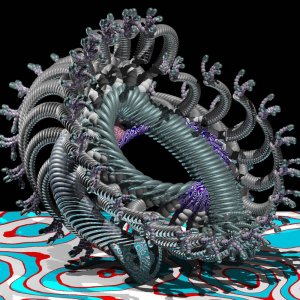 William Latham ZapQ3 on the Plane of Infinity. Ray Traced (1991)

Some of the artists make use of the grid; Paul Brown, Ernest Edmonds, Stephen Scrivener and Sue Gollifer. Some of the works are more painterly, while some use a projection system so that you feel you're looking into an illusiory space; Steve Bell and William Latham.

This work is all about contemplation rather than entertainment, but all the works conform to traditional expectations. This show gives access to the artists' work at different stages in their careers.

Minimalist artists explored systems and repetative structures but the computed work discovers more at a meta level. Most of the works aesthetics are that of other media, whereas William Latham, Steve Bell and Andy Lomas are more computery and in that sense reflect the nature of computer graphics. 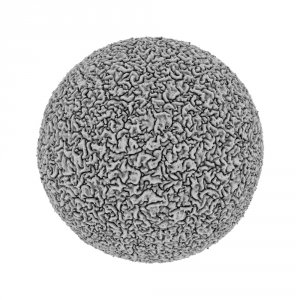 Issues around computer art and conservation have surfaced with this show, and it seems that not all art made using computers is going to last - (apart from the program) and performance art has prepared us for this. A collection of prints might last for quite a while though, especially if it is curated by a museum.

This show gives an entree into a larger range of work and as such it is a timely historical survey.